Unable to start Hyper-V server – Could not initialize

A little project I was working on was migrating SBS2003 to SBS2011 however I hit a snag in the fact that one of the clients old legacy programs (which I thought was still supported) didn’t run on SBS2011, the developers for the product had gone into administration…great.

So rather than keeping the old hardware running which was 5 years old I decided to virtualise the old server and move everything over except the old application.

I won’t get into the entire process here I’ll do that in another article, but one issue I did face was not being able to start the, or any (new) virtual servers: 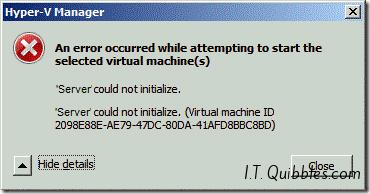 ‘An error occurred while attempting to start the selected virtual machine(s)
’Server(VM)’ could not initialize.

I checked the BIOS to ensure that Virtualization was enabled and Intel VT-x was on and it was.
Scratching my head and updated the SBS2011 server to its full extend. I double checked that the processor was up to the job, which is was. I noticed that it was capable of AVX Extensions,

I remember reading something somewhere about this and virtualization.

Finally i found a simple MS Hotfix which resolved the problem: http://support.microsoft.com/kb/2517374

I hope this gets you out of a stick quibble.

Find out which Process or PID is using a particular port 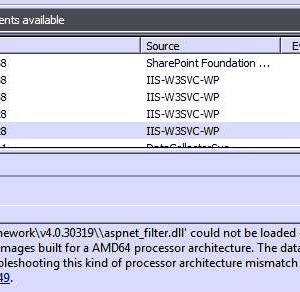 Sharepoint ISAPI Filter could not be loaded 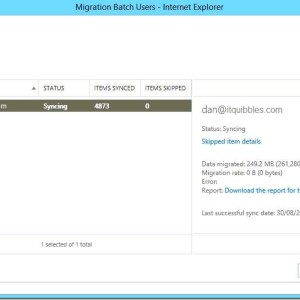