However I’ve found that in Powerchute you can run a cmd file at the time of power failure (or a set time after failure), so if you know the commands to shutdown a remote computer then you should be set, however I’m not 100% sure this will bring the server backup once the power is restored.

Ok so first you need to create your cmd file which contains all the commands to shut down your servers. You’ll need to create this in a specific path so that Powerchute can see it, this should be: C:\Program Files\APC\PowerChute Business Edition\agent\cmdfiles\

Create a new txt file and rename the extension from txt to cmd.  Right click the file and choose “edit” which will open it up in Notepad.

Obviously change SERVERNAME with the machine you want to shut down. If you have multiple servers, just add another line of this with the different Server name. This will also create an entry in the log file so you know that it’s shutdown because of this.

Now to tell Powerchhute to use it,  open Up PowerChute Business Edition.
Double click on the Management Server to open up the options. 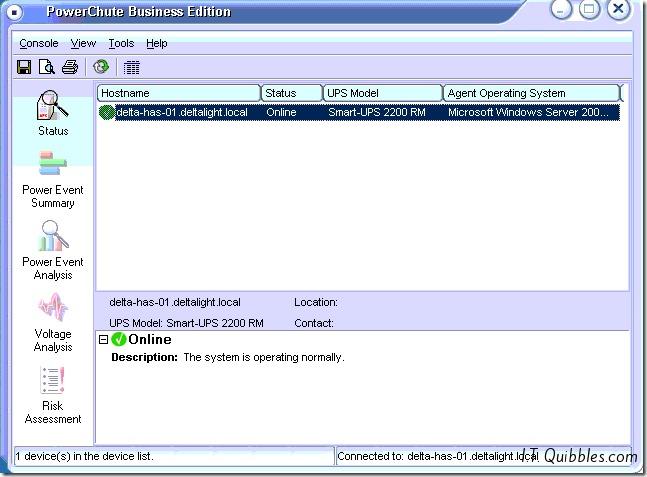 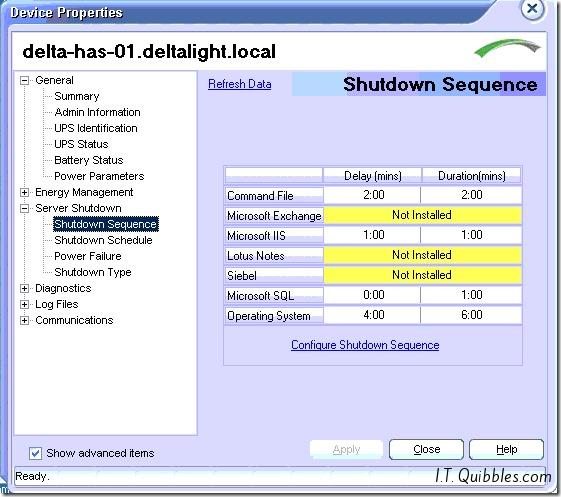 In there you will find the cmd file you created earlier. 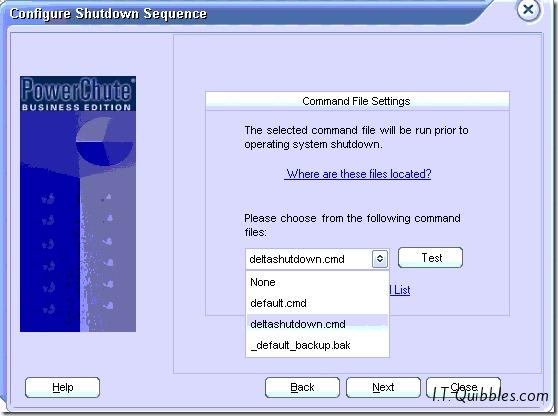 Ok all the way out and now the servers you’ve set should shut down gracefully in case of a power failure.
Hope this gets you out of a sticky Quibble.